Nice and Grimly is a producer team which convinced especially with their livesets. It consists of the Brothers Nicolai and Alexander Masur. They founded this act because of the common passion of making live techno music. Their first Album "Bugs" was released in January 2016 and includes very special and technoid sounds!

Inspired by his brother and member of the Electroducers, Alexander Masur, Nicolai Masur started producing electronic dance music in 2006. To get familiar with the basics of producing, he first worked with many different programs and sequencers. In 2007 he changed to the Softwaresequencer “Abelton Live”, in connection with external devices. In 2010, he published his first tracks with the label “Maheti Records” of which he is one of the co-founders. 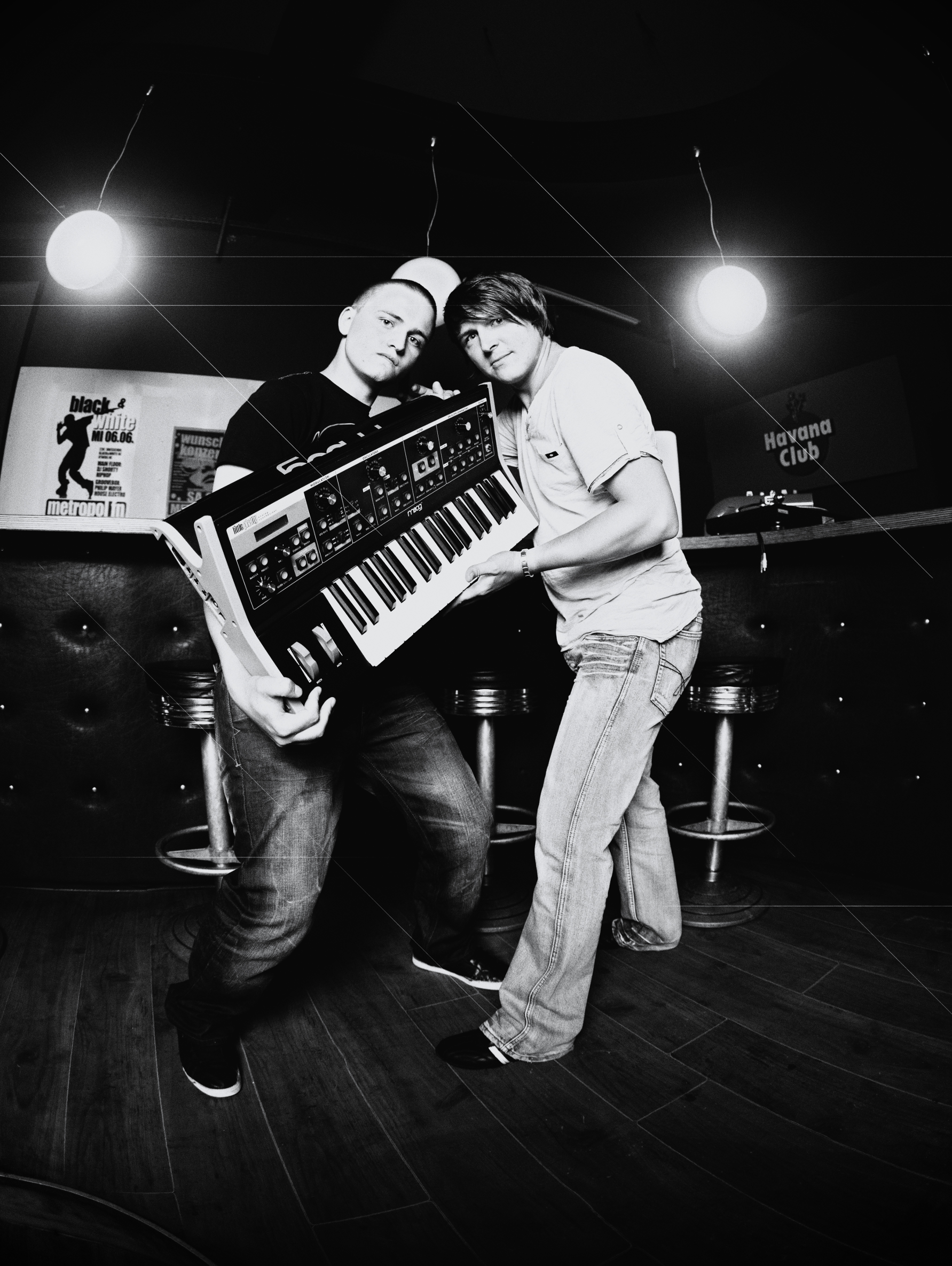 His productions are mostly of melodic nature, which is also reflected in his first publication “Deloives”. Most of the time Masur relies on powerful surfaces and complex melodies. He also produces minimalistic tracks like "Dijeep” or “Heun likes deep” or chill-out sounds like ” Blender”. In company with his brother Alexander Masur, he has sucessfully been mixing records in many different clubs and discos in the whole south of Germany since 2008.
Nicolai Masur is one of the five members of the producers union “The Electroducers”. There he produces and publishes all kinds of electronic music with the other four members Christian Heun (Ton Konstruktion), Manuel Masur, Timo Hinzmann and Alexander Masur.

Alexander Masur was born on the 26th of October 1981 in Bad Saulgau. In 2001 Alexander Masur began his musical career as a discjockey. Between the years 2001 and 2008 Masur mixed records in many different clubs and locations throughout Germany.

In the beginning, he focused on the southern part of Germany, as for example the club Metropol in Friedrichshafen, the club Douala in Ravensburg, the Music Arena A5 in Freiburg or the Club Citrus in Ulm. On these occasions, the sounds he played were of more technoid and monotonous nature. A few years later Masur became more minimalistic. in 2008, Masur began to produce electronic music himself. The genres which Masur produced and still produces today, are best defined as „Electro“ or „Minimal“. From the beginning he has worked with „Steinberg Cubase“ and some external devices in his own studio. Until today, he has been able to get his name by remixing tracks of the artist and brother Nicolai Masur.

In 2008 he founded the producer team "The Electroducers" with his two brothers, his cousin Timo Hinzmann and his friend Christian Heun (Ton Konstruktion). In this union, he has already published tracks like ” der Schiefe Ton von Ise”.